Embracing second chance. Who says those that missed out the first time around are too old to be educated? Gogo Priscilla Sitienei is a living evidence to education being life long adventure meant to benefit all ages.

“The only person who is educated is the one who has learned how to learn and change.” Carl Rogers.

Watching Gogo, I can only imagine her curious mind sprung to life. I know too well how many African mothers who missed out first time around adored education, in fact it is those who fall into this category that would easily forgo social life to educate their children including their girls.

My maternal grandmother was the sixth of seven wives, she had five surviving children with my mother being the second child, by the time mother came along she had no chance – not even a day of formal education. All her younger siblings had the best of education Nigeria has to offer at the time.

On many occasion, my mother would say ‘aimowe f’iya je mi’ – being uneducated deprived me of many things (sort of). Not being able to read and write bothered her the most.

She especially disliked having to get others read personal message.

A few years ago, after being assessed by the doctor. Dr. P turned to me to explain my mother’s health condition, my mother sat quietly, she didn’t interrupt but I could tell she was not pleased. As I tried to explain to her, she said to be quiet and faced the doctor herself – dilemma, I signed.

She got it all out, all in Yoruba, Dr. P did not understand a word of Yoruba. Rather than her nodding along to the doctor’s report, she made me translate to the doctor so the doctor could respond to her directly with me doing the translation.

I was about to give up in the beginning because I thought she didn’t trust I would give her accurate reports but it wasn’t about trust, she just wanted to be carried along when matter that concerned her was being discussed. So she did the Yoruba mother’s well-known threat ‘if I were your mother, I want you to tell this man exactly what I say’ – oh dear!

Dr P. was incredible, my mother asked many questions that I would not have thought of. All involved left  happy in the end.

My mother can be tiny weeny difficult to teach how to read one on one, oh well, that perhaps shows my impatient with teaching a 70+ mummy. She reads Yoruba bible, sounding out each letters.

Seeing Gogo here, I can see how mine would love to be in a group setting (perhaps with adults of similar age group) where she could learn to do simple arithmetic on paper. 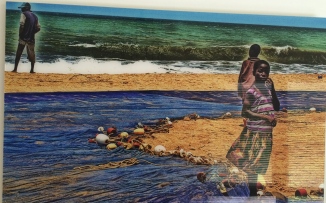 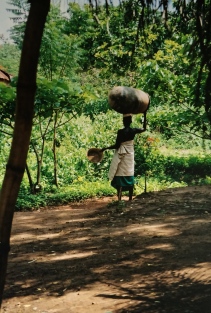